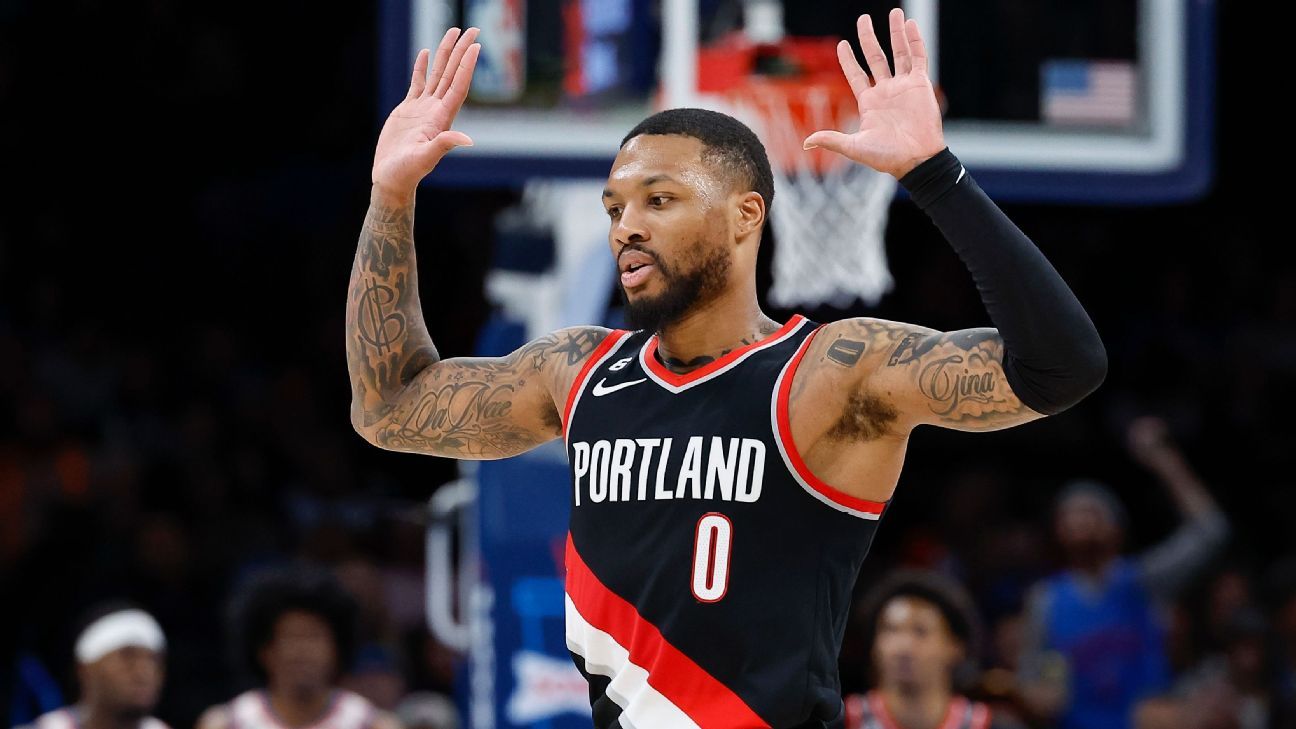 Lillard tied Drexler’s mark on a 3-pointer from well beyond the line in the third quarter that put the Trail Blazers up 72-67, then broke the mark on a free throw with 1:33 left in the period.

“It’s a great feeling to reach the top,” Lillard said. “It’s been a goal of mine, and the list has so many players, great history of our organization, so to finally be No. 1 is a special accomplishment that I’m proud of.”

The fans at Paycom Center gave Lillard an ovation as the Thunder public address announcer informed the crowd of his accomplishment. Lillard then sat and rested. The Trail Blazers were trailing by three points at the time.

He finished the night with 28 points on 9-for-17 shooting, including 6-of-12 from deep, to go along with 3 rebounds and 6 assists. The Thunder beat the Blazers 123-121 on a Shai Gilgeous-Alexander buzzer-beater.

“Even during the game tonight, I wasn’t playing focused on getting to the record,” Lillard said. “I was playing the game just trying to win. I knew it would happen eventually.”

Lillard, 32, was playing in his 730th career game with Portland, which selected him sixth overall in the 2012 draft out of Weber State. He made his debut with the team on Oct. 31, 2012, against the Lakers.

“Damian’s commitment to Portland is now incapsulated with this prestigious career milestone,” Trail Blazers general manager Joe Cronin said in a statement. “His dedication, humility and hard work have been pillars for his path to this very moment. On behalf of the organization, we would like to congratulate Damian on this great achievement and look forward to many more.”

The six-time All-Star, who was selected to the NBA’s 75th Anniversary Team, was averaging 28.3 points per game this season before Monday, up from his career average of 24.7.

Information from The Associated Press and Reuters was included in this report.