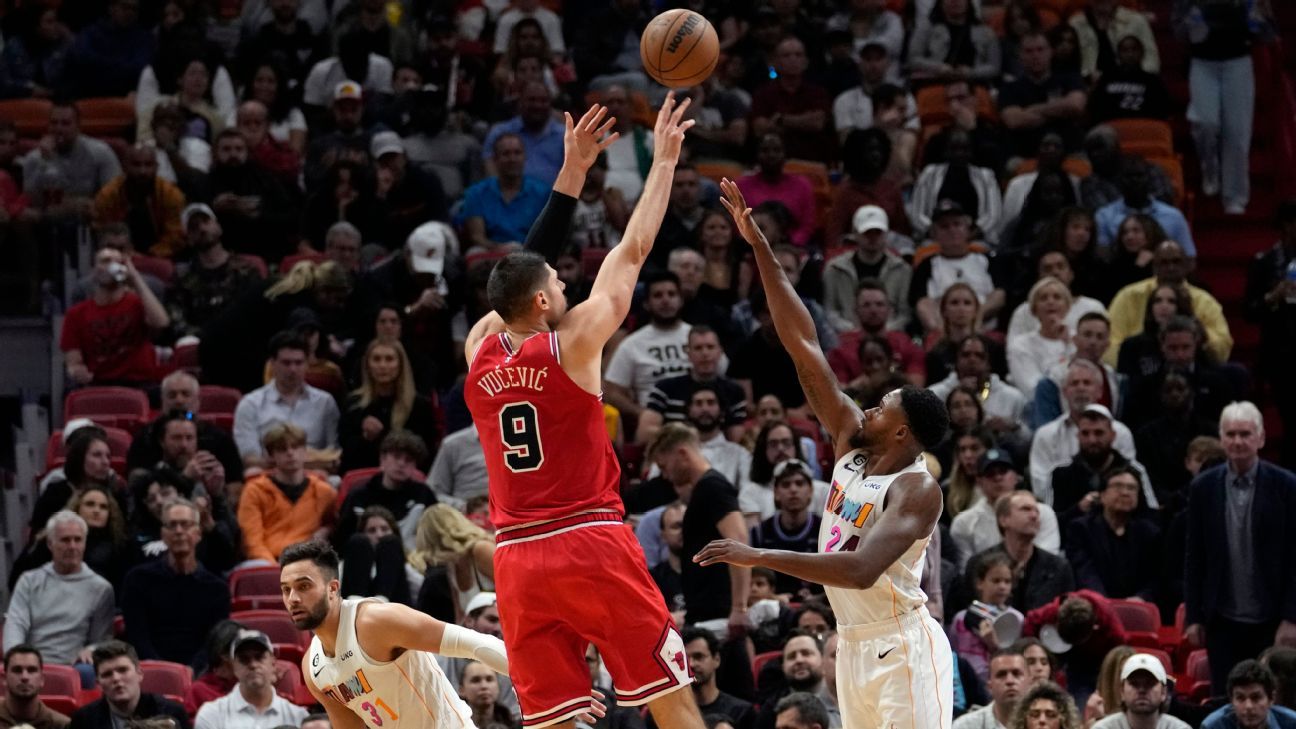 The only yells in the Chicago Bulls‘ locker room on Tuesday night were happy ones.

The Bulls looked nothing like the team that lost 150-126 to the Minnesota Timberwolves on Sunday, a rout that saw players confronting each other in the locker room at halftime.

The 11-18 start entering Tuesday had clearly taken a toll, and coach Billy Donovan spent considerable time before the game against the Heat discussing the state of the team.

“Certainly, there’s times where you can see guys are frustrated,” Donovan said. “But, to me, there’s only one or two responses to that. Either try harder and fight harder, or be frustrated and have the same thing continue on. To me, frustration’s a feeling. We’ve got to stop worrying about feelings and start making choices.”

The Bulls chose to try harder. Zach LaVine scored 21 and Coby White added 14 for the Bulls, who used a 30-7 run in the second half to take control.

“It was good to get a win, get that positive feeling a little bit, especially after that very tough, terrible loss,” Vucevic said. “It was needed. Hopefully we can learn from this.”

Bam Adebayo made his first nine shots and scored 27 points. Adebayo also had 12 rebounds for the Heat, who got 19 points from Tyler Herro, 18 from Haywood Highsmith, 14 from Victor Oladipo and 13 from Duncan Robinson.

Chicago shot 55%, its second-best clip of the season.

“They have highly skilled offensive players, and if they see a few go down, then they start to make quite a few shots,” Heat coach Erik Spoelstra said.

Herro made a 3-pointer to open the second half and put Miami up by eight. Chicago responded with its 30-7 run, highlighted by 14 consecutive points in one stretch, and Patrick Williams‘ 3-pointer put the Bulls up 82-67.

The lead stayed in double digits for most of the rest of the way.