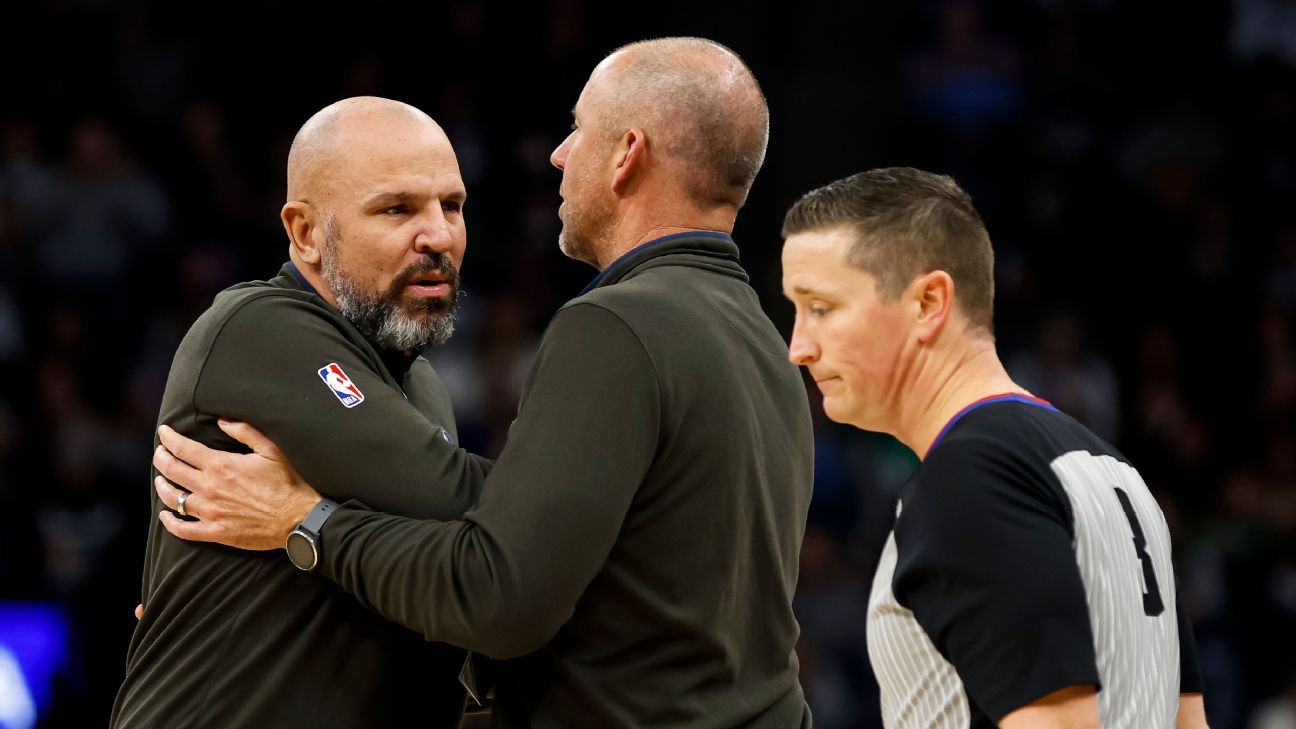 NEW YORK — Dallas Mavericks coach Jason Kidd was fined $25,000 for coming onto the court to confront a referee and directing inappropriate language toward him during a loss to the Minnesota Timberwolves, the NBA announced Wednesday.

Kidd was assessed two technical fouls and was ejected late in the third quarter of a 116-106 loss Monday when his short-handed team came unglued.

Dallas star Luka Doncic, the league’s second-leading scorer, was whistled for consecutive technical fouls after teammate Reggie Bullock was called for a foul on Minnesota’s Anthony Edwards. Doncic was ejected, looked legitimately confused by the punishment and had to be pointed toward the tunnel to exit the court.

An animated Kidd then lost his cool and received the same fate. He had to be restrained by an assistant as he went after referee Nick Buchert.

Kidd fulfilled his postgame media obligation but declined to take questions from reporters.

“I already gave up money, so I don’t want to give up any more,” Kidd said, knowing he’d be fined by the league for his outburst. “They were the better team tonight, and we’ll go from there. Thanks for showing up.”

The teams were set for a rematch Wednesday night.