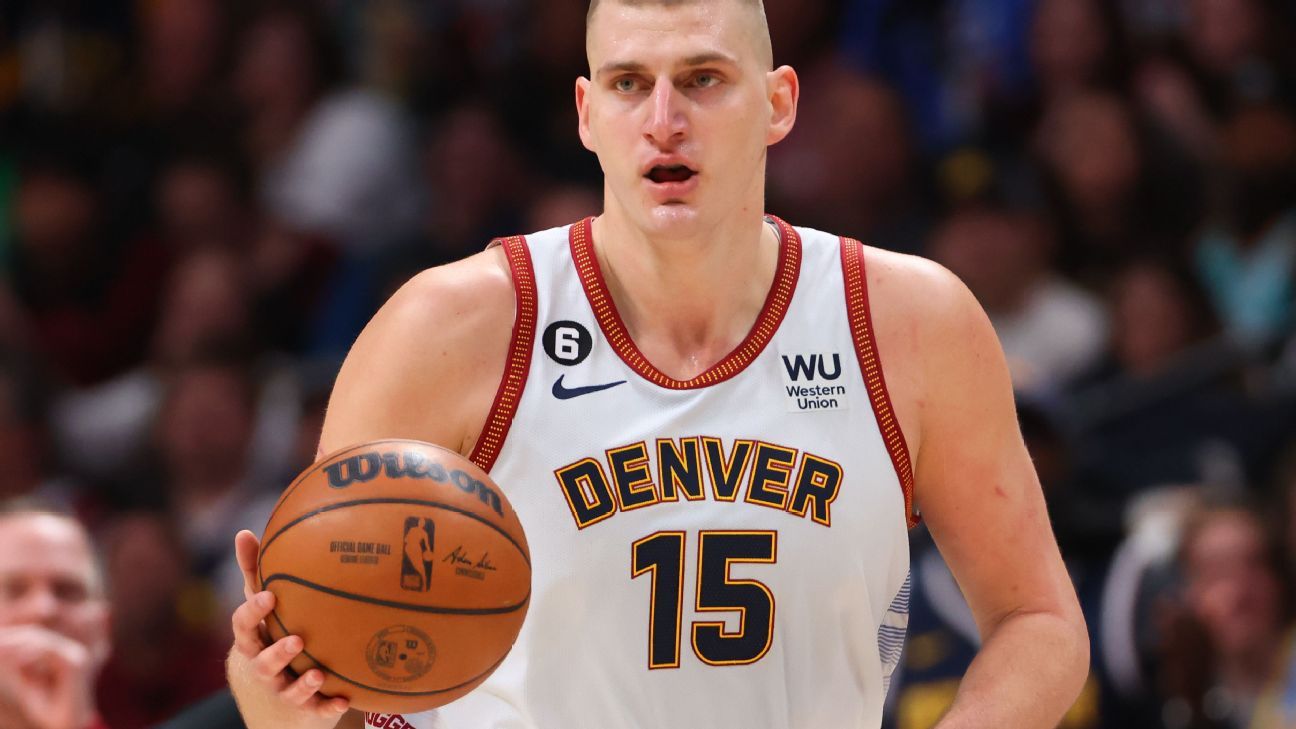 According to ESPN Stats & Information research, Jokic’s effort, which closed with 41 points, 15 rebounds and 15 assists, was the fourth 40-point, 15-rebound, 15-assist game in NBA history. He joins James Harden, who pulled off the feat in 2016, and Oscar Robertson, who did the same in both 1961 and 1962.

Aaron Gordon threw down a pivotal dunk that stood up after a review in the extra session, as the Nuggets completed a comeback and snapped Phoenix’s two-game winning streak.

It was Jokic’s 83rd career triple-double and came a week after the two-time reigning NBA MVP had a 40-point, 27-rebound, 10-assist outing.

Phoenix star Devin Booker lasted only 4 minutes, 20 seconds in his return from a groin injury, scoring two points after getting 58 against the New Orleans Pelicans in his previous start.

Jamal Murray tied it in regulation for Denver on a dunk with 10.7 seconds left. But it was Gordon’s OT dunk that propelled the Nuggets to victory. At first, he was called for an offensive foul, but a review determined that Landry Shamet was moving, awarding Gordon the basket and a free throw.

Phoenix had a chance to tie it in the closing seconds of OT, only to throw away a pass.

The Suns, who led by 12 in the third quarter, set up for a winning play in regulation, but Mikal Bridges was called for an offensive foul after accidentally running into a Denver player. Bridges atoned by blocking Murray’s shot just before the buzzer.

The Nuggets improved to 2-6 in games held on Christmas. The other win was in 1994 against the Seattle SuperSonics.

Shamet came off the bench to score 31 points — matching his career high — on a night the Suns lost Booker again to the groin injury. Booker was just returning to the court after missing the past three games because of groin soreness.

Gordon finished with 28 points and Murray 26.

The Nuggets led by 15 points early in the contest. Shamet scored 15 points in the second quarter to help Phoenix work its way back into the game.

This was the first of four meetings between the two teams. The Suns went 2-1 against Denver last season.

Stats prove the refs aren’t out to get the Lakers this year
Sources: LeBron (foot) to return, play at Garden
Nets’ Irving out with sore calf after trade request
Donovan Mitchell disagrees with FOX announcers about his NFL potential
Magic vs. Timberwolves prediction and odds for Friday, February 3 (Fade Orlando on road)