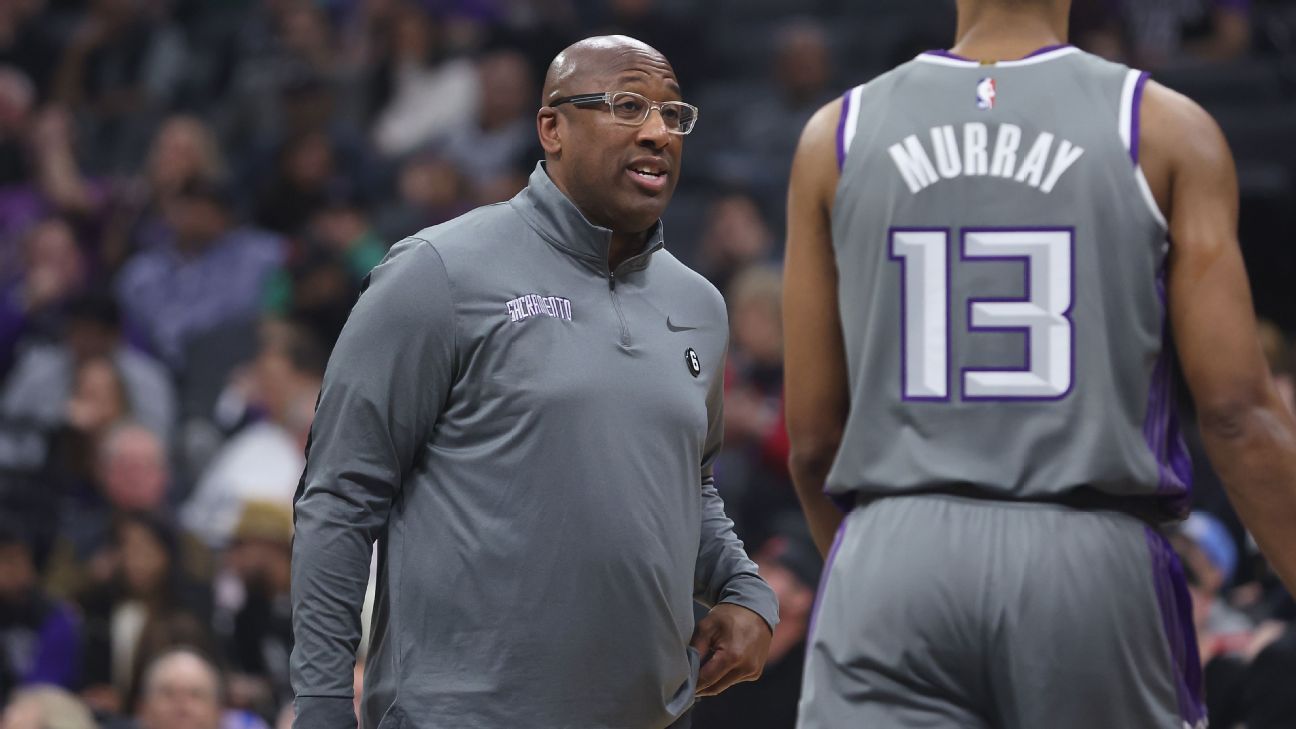 SACRAMENTO, Calif. — Kings coach Mike Brown has entered the league’s health and safety protocols and missed the team’s game against the visiting Denver Nuggets on Tuesday.

Associate head coach Jordi Fernandez filled in for Brown against the Nuggets and will run the team in his absence.

Brown will be out until he gets clearance to return from the COVID protocols. A source told Andscape’s Marc J. Spears that Brown has mild symptoms and hopes to be cleared to coach soon.

Fernandez was coaching against his former team Tuesday night, as he was previously an assistant on Michael Malone’s staff, from 2016 to 2022.

The Kings also were without star center Domantas Sabonis, who has an avulsion fracture of the ulnar collateral ligament in his right thumb. Sabonis is day-to-day after getting hurt on Friday.

Brown, 52, is in his first season as Sacramento’s head coach. He previously served as an associate head coach for the Golden State Warriors (2016-22) after two head-coaching stints with the Cleveland Cavaliers (2005-10, 2013-14) and one in Los Angeles, where he headed the Lakers for the 2011-12 season.

During his time with Cleveland, Brown was named NBA Coach of the Year in 2009. He has also been on the coaching staff of four championship-caliber teams, winning one title with the San Antonio Spurs as an assistant and three with the Warriors.

The Associated Press and Reuters contributed to this report.