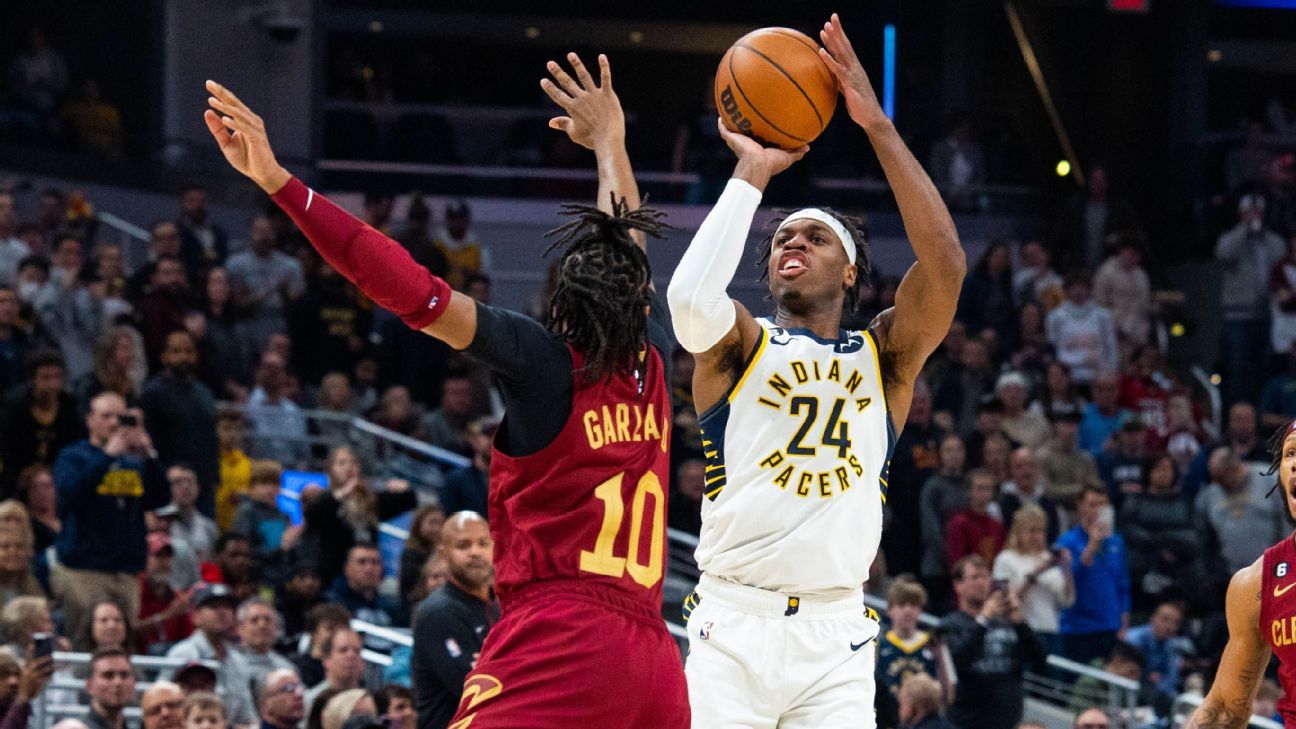 And he did so in record-breaking fashion.

The Indiana Pacers sharp-shooter grabbed a game-opening jump ball out of midair that Cleveland Cavaliers center Jarrett Allen had swatted his way, pivoted at the top of the key and coolly connected on a 3-pointer to give Indiana a 3-0 lead — just three seconds into the game at Gainbridge Fieldhouse in Indianapolis.

According to ESPN Stats & Information research, the bucket is the fastest made 3-pointer in the play-by-play era (since 1996-97). Hall of Famer Reggie Miller had the old record, connecting on a 3 at 11:56 of the opening quarter during a March 5, 2000, game against the Golden State Warriors.

Hield’s bucket set the tone for a big scoring night for the home team.

The Pacers finished with a season high in points in a 135-126 win against a Cleveland team that entered the game with the best defensive efficiency in the NBA.

Hield finished with 25 points behind 5-of-6 shooting from 3-point range. The league leader in 3-pointers made became the first player in Pacers history with 60 or more 3s in a calendar month. It was his fourth straight game with four or more made 3s, one shy of his longest streak this season.

The Pacers finished 19 of 31 from beyond the arc overall.

“You can’t ask for much better shooting than that,” Pacers forward Aaron Nesmith said. “They shoot the ball like that, it’s going to be tough to beat us any night.”

NBA best bets today (Bet on Warriors home court advantage)
3 players besides Kevin Durant and Kyrie Irving the Nets could trade to rebuild
Hold onto your butts: Chris Paul for Kyrie Irving could be coming
Focused Lakers rally as LeBron closes on Kareem
Jimmy Butler threatens to bring his dreads back after the All-Star Break