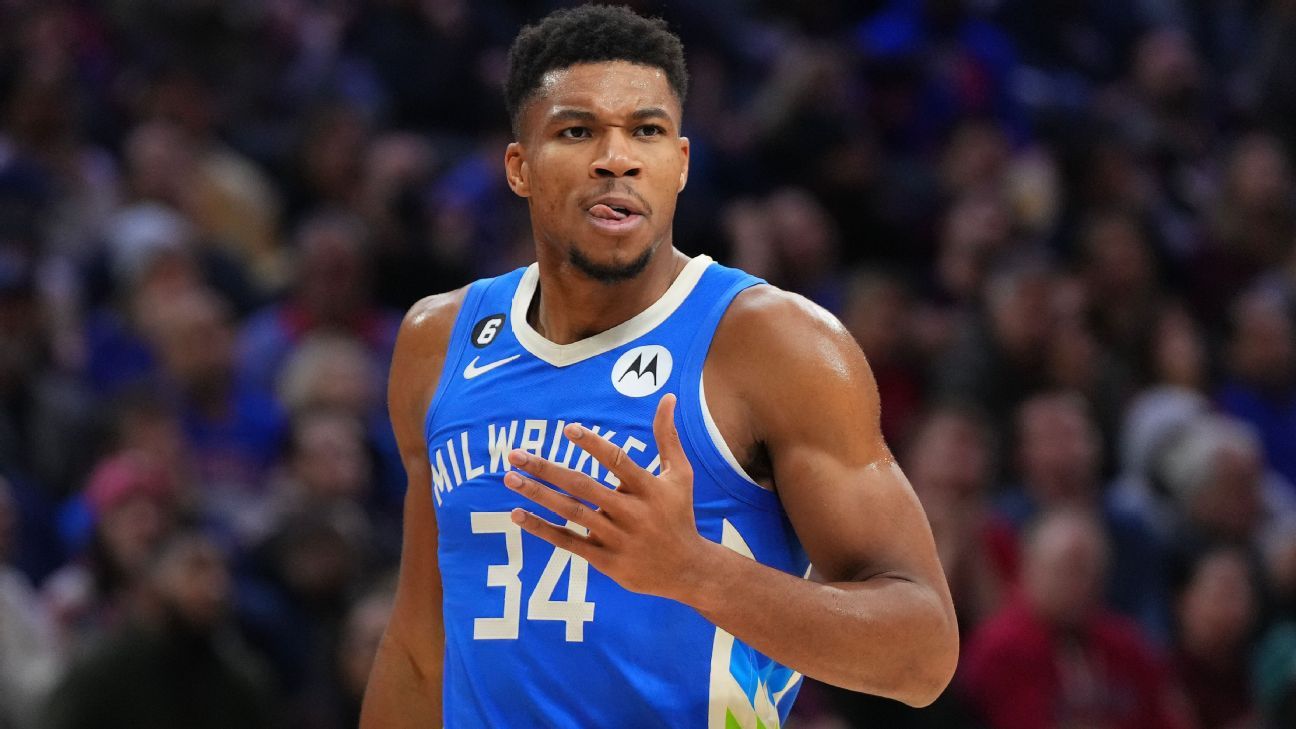 MILWAUKEE — Giannis Antetokounmpo had 43 points and 20 rebounds and the Milwaukee Bucks snapped a four-game losing streak with a 123-114 victory over the Minnesota Timberwolves on Friday night.

Antetokounmpo finished two points off his season high and also had five assists to join Wilt Chamberlain and Elgin Baylor as the only players in NBA history with back-to-back games of at least 40 points, 20 rebounds and five assists. Chamberlain did it five times and Baylor once, with Chamberlain the last to do it Jan. 6-7, 1966.

“It’s a great compliment to be around those guys,” said Antetokounmpo, who has topped 40 points in four of his past six games. “I just want to win games, so I just tried to go out there and do whatever I can to push myself to the limit.”

According to ESPN Stats & Information research, Antetokounmpo also became just the seventh player with multiple games of 40 points, 20 rebounds, 5 assists and 60% shooting. Since the NBA-ABA Merger in 1976-77, Charles Barkley and Antetokounmpo are the only players to do this multiple times.

Anthony Edwards led Minnesota with 30 points on 10-of-20 shooting. Luka Garza and Jaylen Nowell each had 16 points in the Timberwolves’ fifth straight loss.