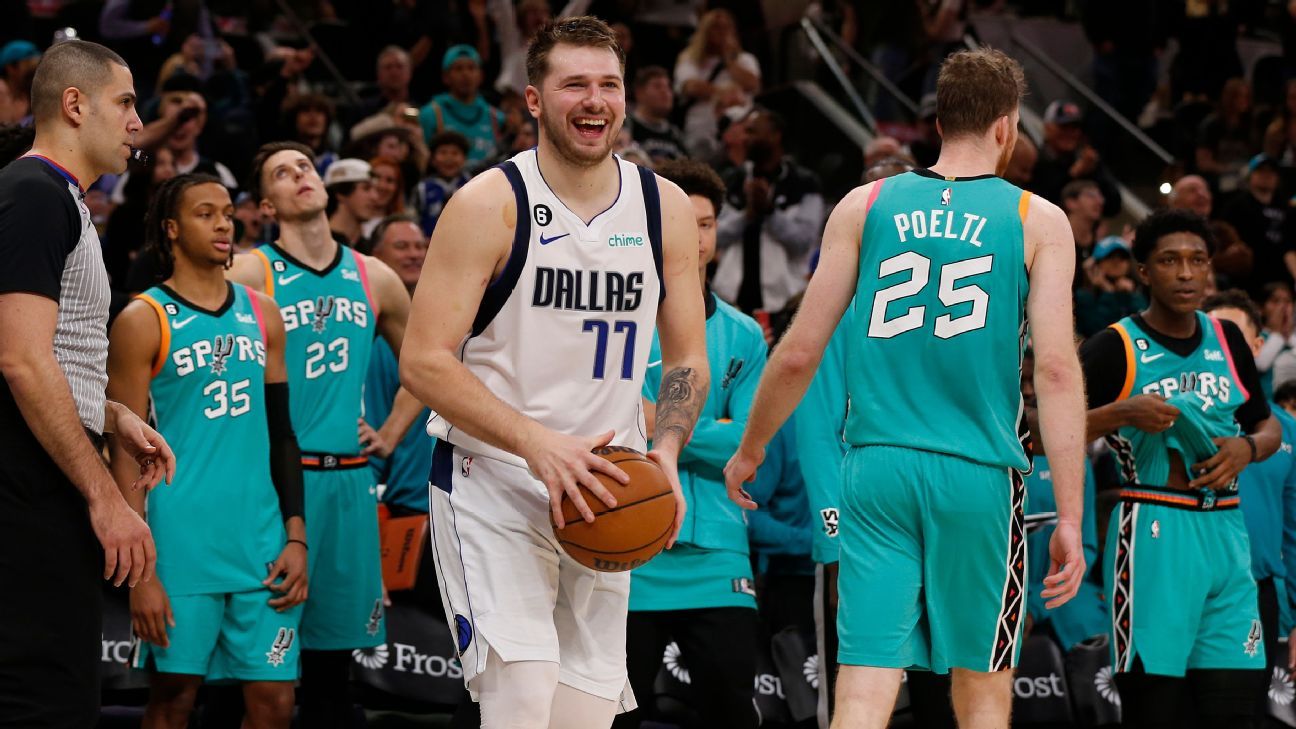 SAN ANTONIO — Superstar Luka Doncic capped a historic five-game run with 51 points, and the Dallas Mavericks needed all of them to beat the San Antonio Spurs.

Doncic had two rebounds and two free throws in the final 4.5 seconds, helping Dallas escape with a 126-125 victory over San Antonio on Saturday night, the Mavs’ sixth in a row.

It was the third 50-point outing in the past five games for Doncic, including 60 points, 21 rebounds and 10 assists Tuesday night in an overtime victory over the New York Knicks. He is the first player in NBA history with 250 points, 50 rebounds and 50 assists over a five-game span.

“It’s incredible,” Mavericks center Christian Wood said. “In my seven years in the league, I’ve never seen anybody do what he’s able to do. He’s on an incredible run. He’s playing like an MVP. Clearly one of the best players in the league.”

After leading by 17 points, the Mavericks had to scramble in the final minute.

“Not easy to win here,” Mavericks coach Jason Kidd said. “But, again, Luka was incredible. He bails us out again by missing the free throws as much as he wanted to make those free throws down the stretch, so that they didn’t have time to set up a play.”

Spurs coach Gregg Popovich had jokingly vowed that Doncic would be held under 50 points. The Mavericks star almost played along.

But 51 points was nice, right?

“Of course,” Doncic said with a huge smile.

The 6-foot-7 forward was stuck on 49 points for half of the fourth quarter but made two free throws with 4.5 seconds remaining to reach 50 points for the fourth time in his career. Doncic averaged 35.1 points in December, the highest scoring average in any month in Mavericks franchise history. Dallas legend Dirk Nowitzki had two 50-point games in his career.

Doncic dominated San Antonio with his usual array of step-back, midrange jumpers, 3-pointers and free throws. He was 18-for-28 from the field.

“Yeah, we had a good team effort and individual effort on him, but he’s an amazing player,” Popovich said. “His IQ is off the charts. So, we would rather win than lose like everybody else in the world, but [I’m] really proud of their effort and the way they just kept going even after we got down whatever it was, 13, 14, I can’t remember.”

Doncic had 22 points in the first quarter along with an assist, accounting for all but eight of the Mavericks’ points in the opening period.