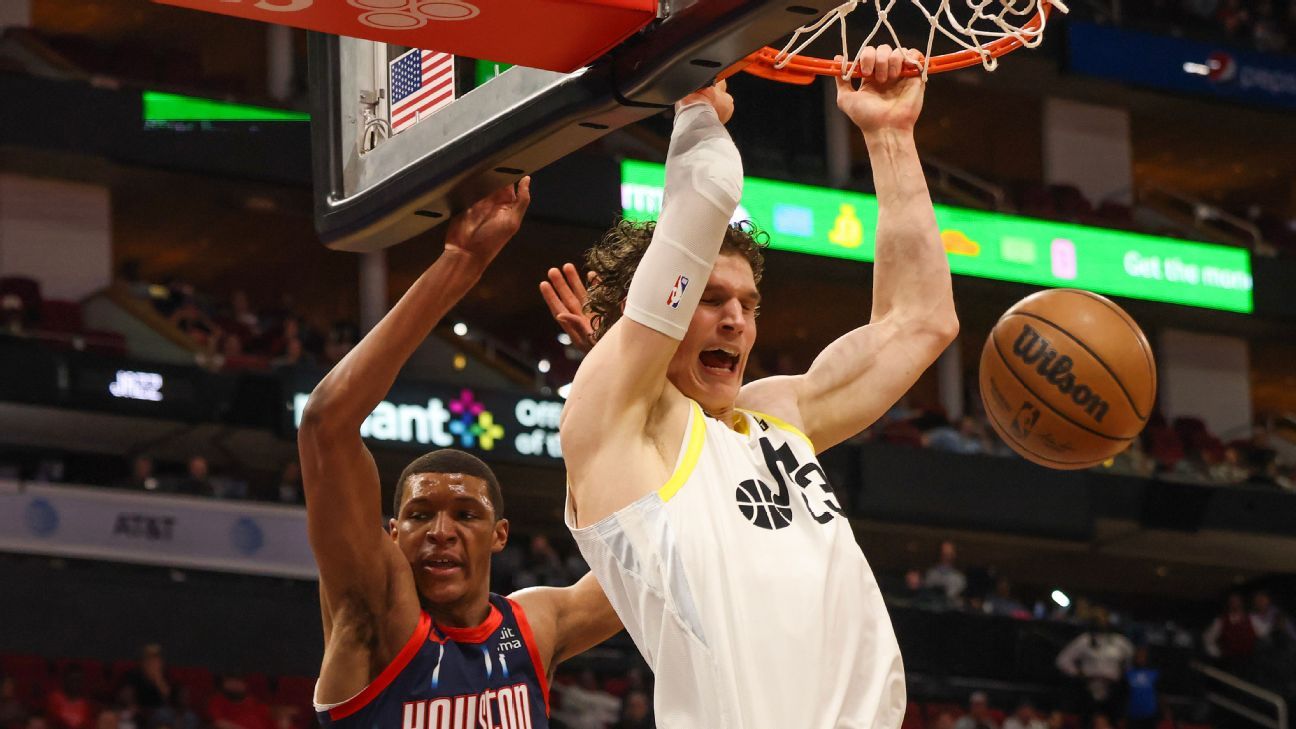 HOUSTON — Lauri Markkanen scored a career-high 49 points to lead the Utah Jazz to a 131-114 victory over the Houston Rockets on Thursday night that snapped a five-game skid.

Markkanen got out to a quick start with 18 points in the first quarter to help the Jazz to an early lead. Houston took the lead late in the third quarter, but Utah ended that quarter on a 10-0 run to go on top for good.

“I’ve said it over and over again this year, it’s just my teammates, the coaching staff, they put me in the right spots to succeed,” Markkanen said. “My teammates did a great job delivering me the ball and it was just finishing my shots.”

An 8-2 run cut Utah’s lead to five with about five minutes left. Jordan Clarkson hit a 3-pointer soon after that before a tip shot by Markkanen extended the lead to 117-107.

Jalen Green added a basket for Houston before Markkanen scored the next four points to start a 14-0 run by the Jazz that made it 131-109 and sent fans streaming for the exits.

Markkanen added consecutive 3-pointers at the end of the run. Players on the Utah bench stood and cheered as he hit both of them, and they were disappointed when a last 3-point attempt that would have given him 50 points was off the mark.

“Jordan said: ‘Just go for 50,'” Markkanen said. “And I know they were double-teaming me at the end, but I had to go for it. I’m not really too worried I didn’t get it, but it’s great to see my teammates excited, like I’m excited for them.”

Green had 30 points and Kevin Porter Jr. added 23 for the Rockets, who dropped their sixth in a row.

Markkanen’s highest-scoring game entering Thursday was 38, which he had achieved twice, most recently on Dec. 20 against Detroit. He made six 3-pointers and all 13 of his free throws Thursday night to eclipse his previous best games.

“He’s done such a good job of continuing to work on different ways he can impact the game offensively,” Jazz coach Will Hardy said. “He’s just shown an understanding of how to play when teams try to take certain things away from him.”

Coach Stephen Silas was disappointed in how many times the Rockets sent Markkanen to the line.

“The free throws were the biggest part,” he said. “It’s always the biggest part. When a guy gets a bunch of points, it’s your ability to be disciplined and not foul him and put him on the line 13 times. That’s usually how it works.”

The Jazz were up by seven after a jump shot by Clarkson before a 11-3 spurt by the Rockets made it 86-85, giving them their first lead of the second half. Porter and Jae’Sean Tate made consecutive 3s to cap that run and put Houston on top.

The Rockets weren’t on top for long. Utah scored the last 10 points of the third quarter, with 3-pointers from Malik Beasley and Mike Conley, to take a 95-86 lead to the fourth.