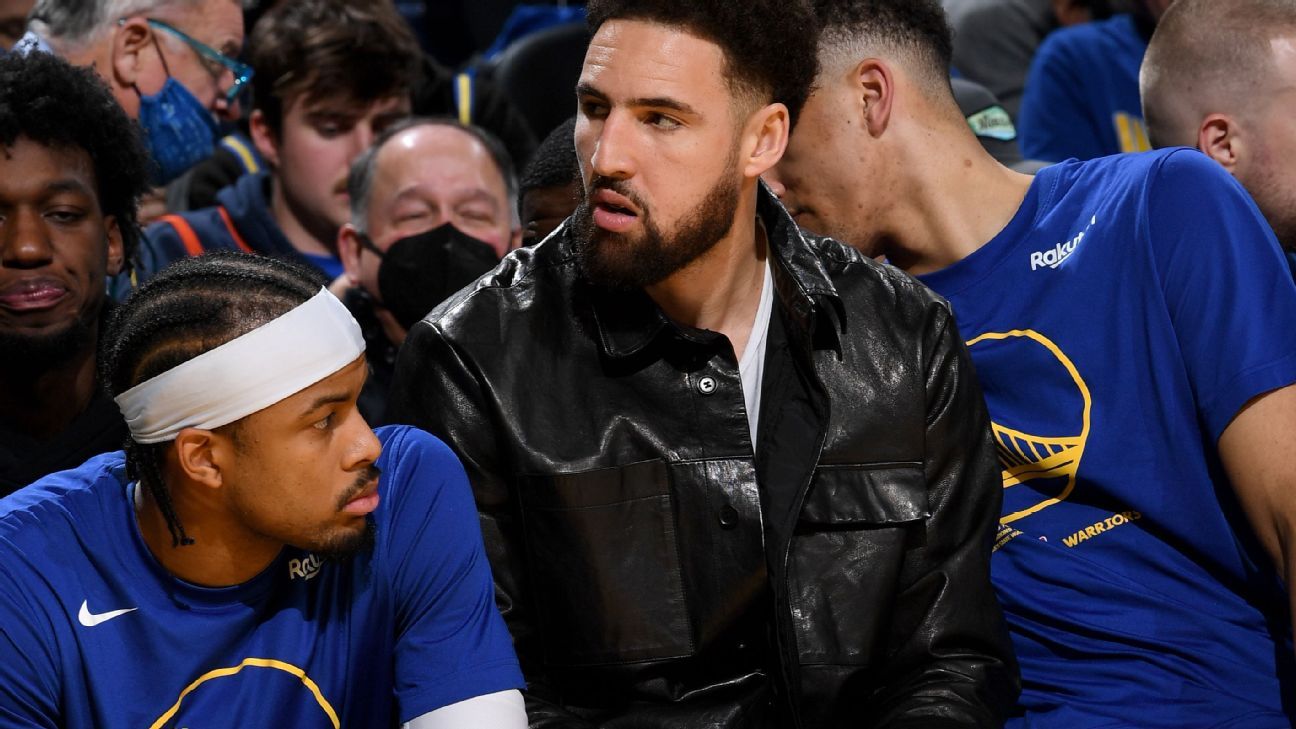 SAN FRANCISCO — Klay Thompson was a late scratch for the Golden State Warriors‘ 115-101 loss to the Orlando Magic on Saturday after experiencing left knee soreness in pregame warmups.

Thompson’s left knee is the same leg as his torn ACL from 2019.

“You’re talking about a guy who’s had two major injuries in the last few years. Things like this happen,” Kerr said. “You get a little bit older, suffer some injuries, you’re going to be more susceptible to aches and pains and it’s something we just have to deal with.”

Thompson has averaged 38.8 minutes through the first seven games of the Warriors’ homestand, including a season-high 46 minutes in their double-overtime win over the Atlanta Hawks. He’s still resting on one end of back-to-back games, though Kerr said this could change throughout the course of the season.

The Warriors don’t expect this to be a long-term problem. The Warriors will have Sunday off and will practice on Monday before hosting the Phoenix Suns on Tuesday.