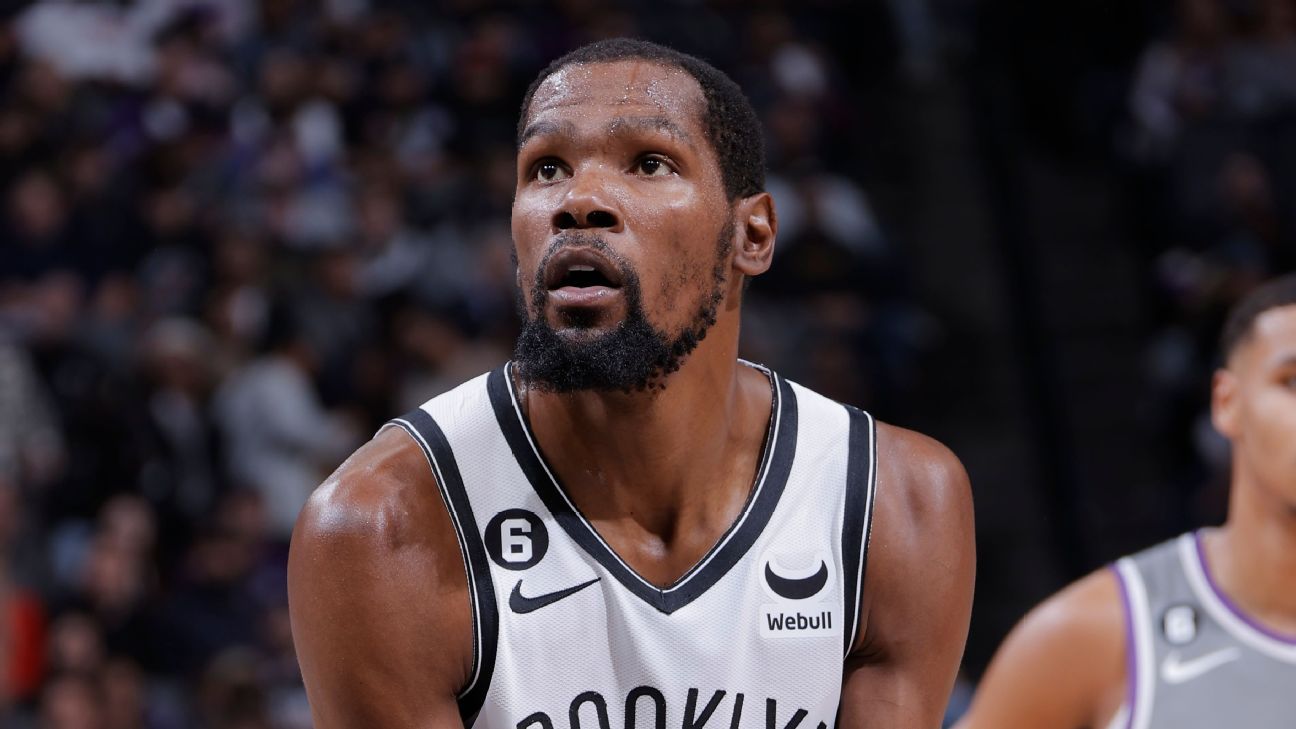 The Nets announced Monday that Durant was diagnosed with an isolated MCL sprain of his right knee and will be reevaluated in two weeks.

Durant missed six weeks with a left MCL sprain beginning in January last season, but there’s confidence that this is a less severe injury that won’t sideline the MVP candidate more than four weeks, the sources told Wojnarowski.

Durant sustained the injury in the third quarter of the Nets’ 102-101 victory over the Miami Heat on Sunday night.

The injury occurred with 1:05 left in the third quarter as Heat swingman Jimmy Butler went to the rim and got his shot blocked by Nets big man Ben Simmons. Butler fell back into Durant’s knee, and Durant stayed on the ground for a few moments but remained in the game.

Durant kept rubbing at the knee up and down the floor and was taken out when the Nets called a timeout about 30 seconds later. He walked straight back to the locker room to get checked out and did not return.

This isn’t the first time Durant has dealt with a knee issue. He injured the MCL in his left knee during a Jan. 15, 2022, win over the New Orleans Pelicans and had to miss more than 1½ months while rehabbing. The Nets, who were 27-15 at the time and still playing with Kyrie Irving on a part-time basis because of the New York City vaccination mandate, were 5-17 in Durant’s absence, including an 11-game losing streak.

Durant also missed over a month in 2017 when he sprained an MCL and suffered a tibial bone bruise after former Golden State Warriors teammate Zaza Pachulia accidentally fell into his knee.

Durant has vaulted himself into the MVP conversation this season by averaging 30 points, 6.8 rebounds and 5.4 assists — leading the Nets (27-13) back toward the top of the Eastern Conference after a tumultuous start to the season on and off the floor.