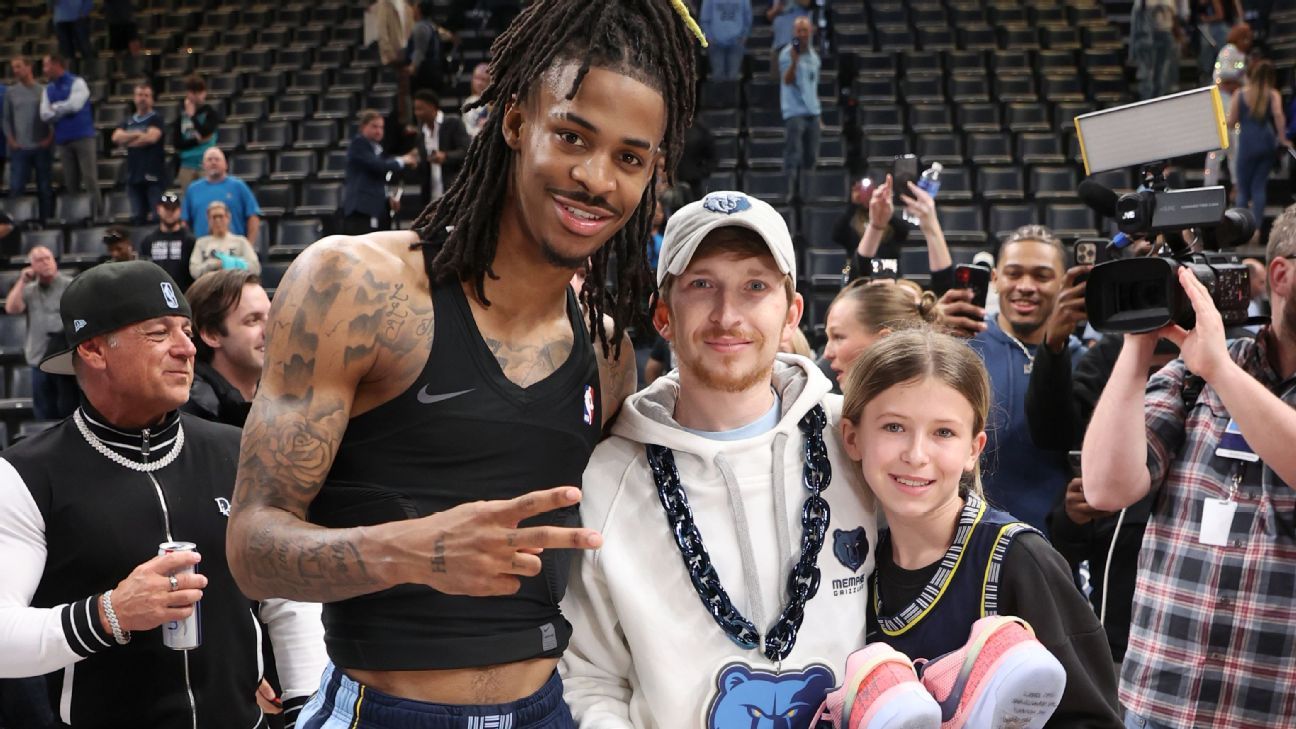 MEMPHIS, Tenn. — After a young Memphis Grizzlies fan had her prized basketball stolen, Ja Morant jumped in to ease the anguish.

Ellie Hughes, an 11-year-old Grizzlies fan, was trying to get Morant’s attention for an autograph at Monday’s game against the San Antonio Spurs when two people swiped her special basketball.

Hughes, of Forrest City, Arkansas, had collected players’ signatures on the ball for the past six years.

Hearing of her plight through social media, Morant reached out to her family, invited her to Wednesday night’s rematch against the Spurs and gave her his game-worn jersey and Ja 1 Nike shoes, which haven’t yet been released to the public.

“It’s something I pretty much love to do,” Morant said of his warm gesture. “You touch somebody’s heart like that. A big fan of the Grizzlies for years. It’s moments like that that mean the most to them. Something they will never forget.”

Morant put on a show too, scoring 38 points on Wednesday as the Grizzlies held off San Antonio 135-129 for their season-high eighth straight victory.

The star guard, who missed the previous two games with right thigh soreness, was 14-of-25 from the field, including 3-for-5 on 3-pointers. He also had a right-handed hammer dunk over Spurs center Jakob Poeltl with 3:35 left to help Memphis preserve its lead.