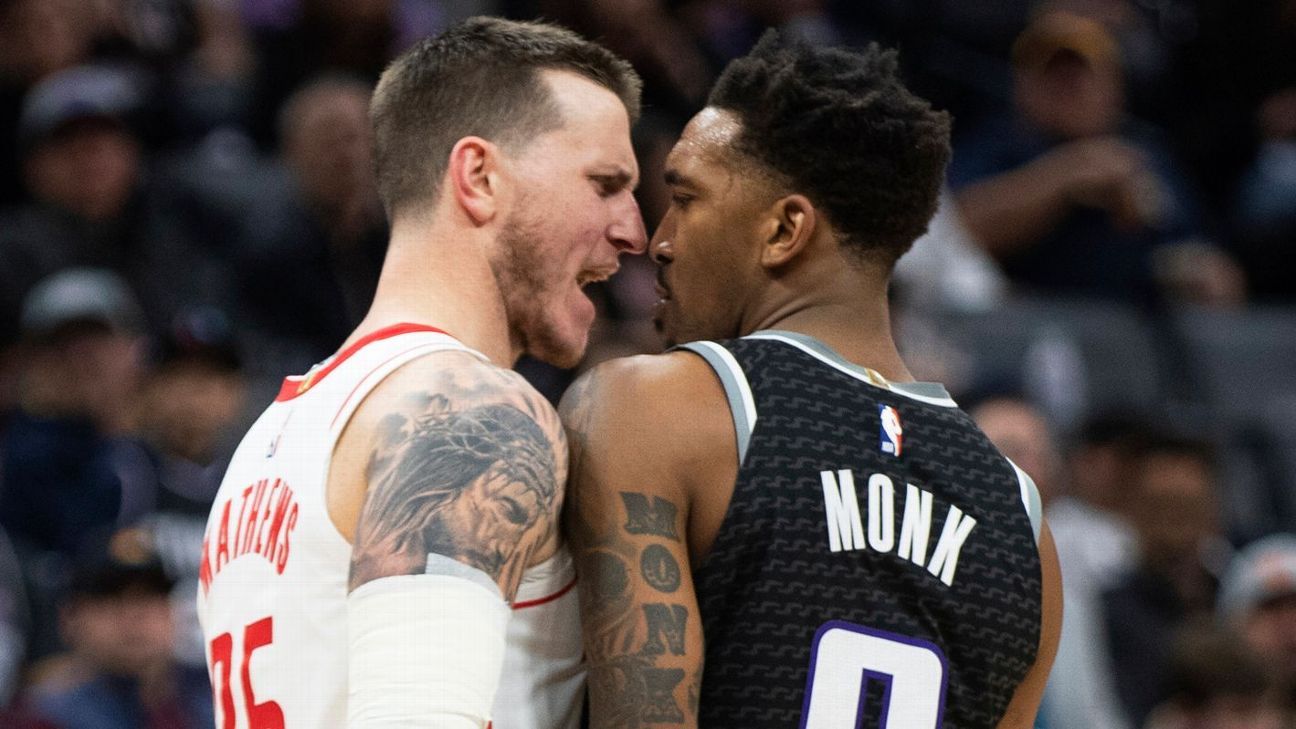 Houston Rockets guard Jalen Green and forward Jae’Sean Tate have been suspended one game for leaving the bench area during an altercation with the Sacramento Kings, the NBA announced.

The incident occurred early in the fourth quarter of the Rockets’ 139-114 road loss Friday, beginning after Houston’s Garrison Mathews fouled Sacramento’s Malik Monk while they were pursuing a loose ball.

Green and Tate will serve their suspensions during Sunday’s road game against the LA Clippers.