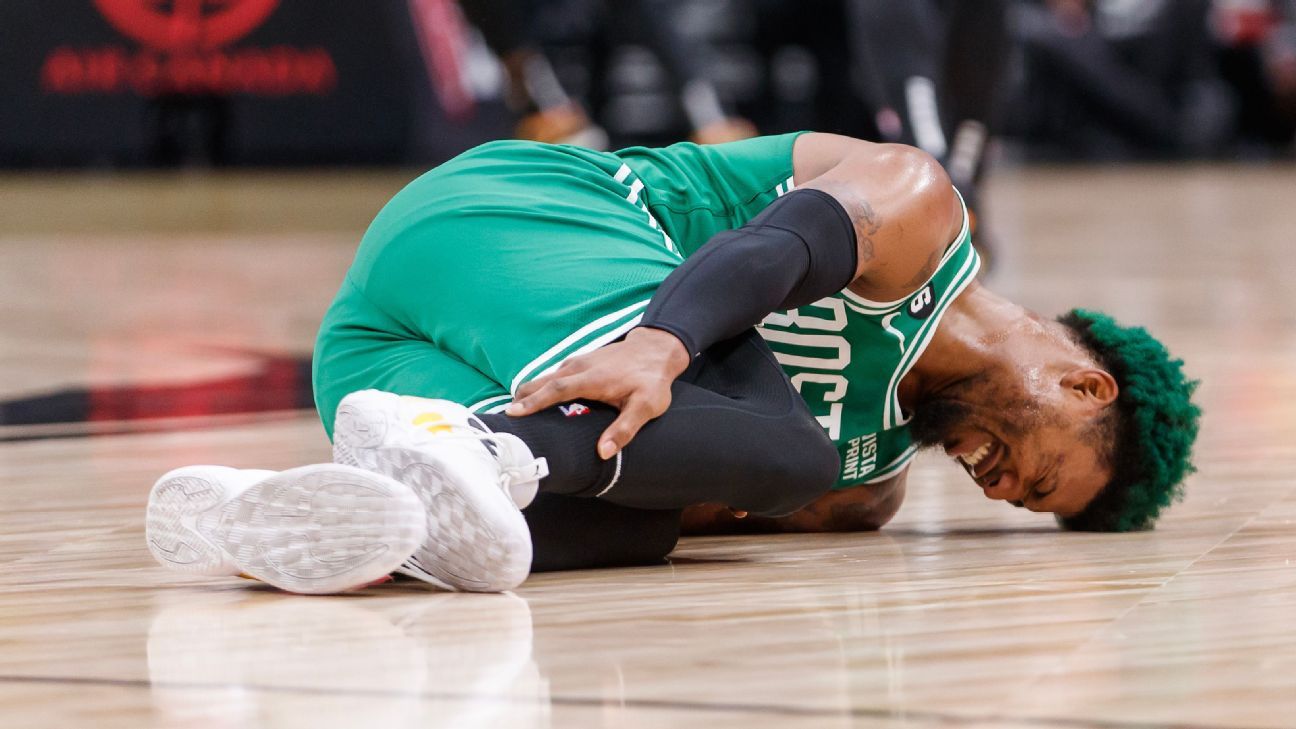 TORONTO — Boston guard Marcus Smart and center Robert Williams both missed the second half of the Celtics’ 106-104 win at Toronto on Saturday because of injuries.

Smart injured his right ankle in the final minute of the first half and had to be helped to the locker room.

Williams stayed in the game after teammate Jaylen Brown collided with his left knee in the opening quarter, but he did not return for the second half because the knee was hyperextended. Williams had left knee surgery last March but returned in the playoffs.

Boston coach Joe Mazzulla said after the win that Williams’ latest injury was “nothing serious,” adding that X-rays on Smart’s ankle revealed no structural damage.

Toronto led 57-50 at the break, but Boston rallied to extend the team’s win streak to nine games.

“It says a lot about our team,” Boston coach Joe Mazzulla said of the short-handed victory. “In the beginning of the game, you could obviously feel that we just didn’t have the juice. We just kept playing. We never wavered, we made great plays. Guys did a great job managing the game.”

The Celtics were already without leading scorer Jayson Tatum, who sat because of a sore left wrist. Tatum is averaging 31.2 points, the third-highest total in the league, and a career-high 8.5 rebounds.