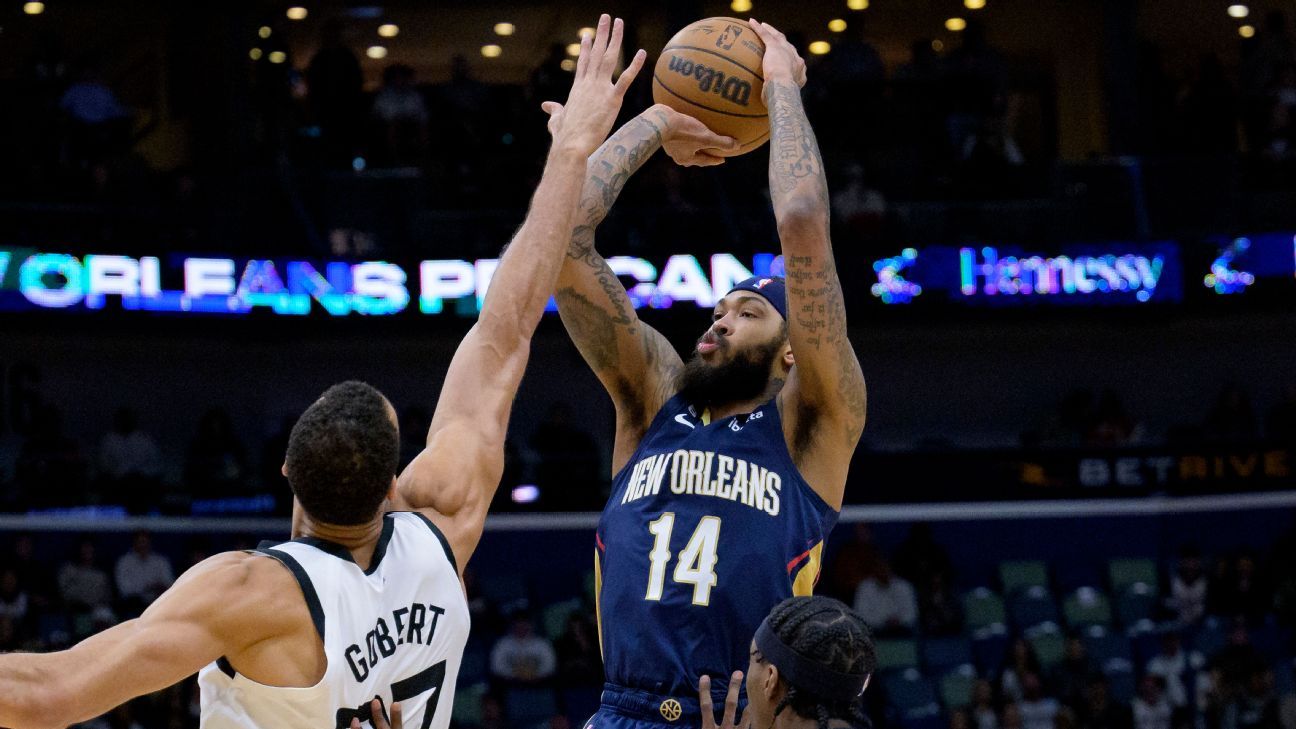 NEW ORLEANS — After missing the past 29 games with a left big toe contusion, Brandon Ingram returned to the New Orleans Pelicans lineup for Wednesday night’s 111-102 loss to the Minnesota Timberwolves.

Ingram last played Nov. 25 against the Memphis Grizzlies when he kicked the back of another player’s foot, resulting in the injury.

“You watch Brandon in his 5-on-5 games and you realize how his basketball IQ is at a high level,” Pelicans coach Willie Green said pregame. “His skill set is at a high level. He’s going to be knocking some rust off when he does come back. That’s a part of it, too. But he’s efficient, elite basketball player. Guys like him and others like him in the NBA is what makes this league special.”

Pelicans forward Larry Nance Jr., one of many on the team thrust into different roles with Ingram missing time, was looking forward to his teammate’s return.

“I’m excited to get him back for my own selfish reasons,” Nance said following the Pelicans’ loss to the Denver Nuggets on Tuesday. “When those guys are in, you’ve got to pay so much attention to them that us role guys can really leave our fingerprints on the game. He’s playmaking. He attracts that attention. He’s so unselfish that the rest of us will get our open looks and we’re going to be more than ready to knock them down.”

Marshall ascended into a starting role with Ingram and Zion Williamson missing time and was averaging 16.4 points in his past 10 games prior to Wednesday.

New Orleans was without rookie guard Dyson Daniels. He sprained his ankle against the Nuggets, and Green said on Wednesday that Daniels “will be out for a little bit of time.” Daniels left the Smoothie King Center on crutches and in a boot on Tuesday.